Create an Account - Increase your productivity, customize your experience, and engage in information you care about.

A safe bet for a fabulously exciting time is the White Pine Horse Races in Ely, NV.  This iconic event has been taking place since the 1920s and draws thousands of people from all over the country.  Featuring exciting, live action racing of thoroughbreds and quarter horses; complete with pari-mutuel betting, bar, concessions and the County Fair. 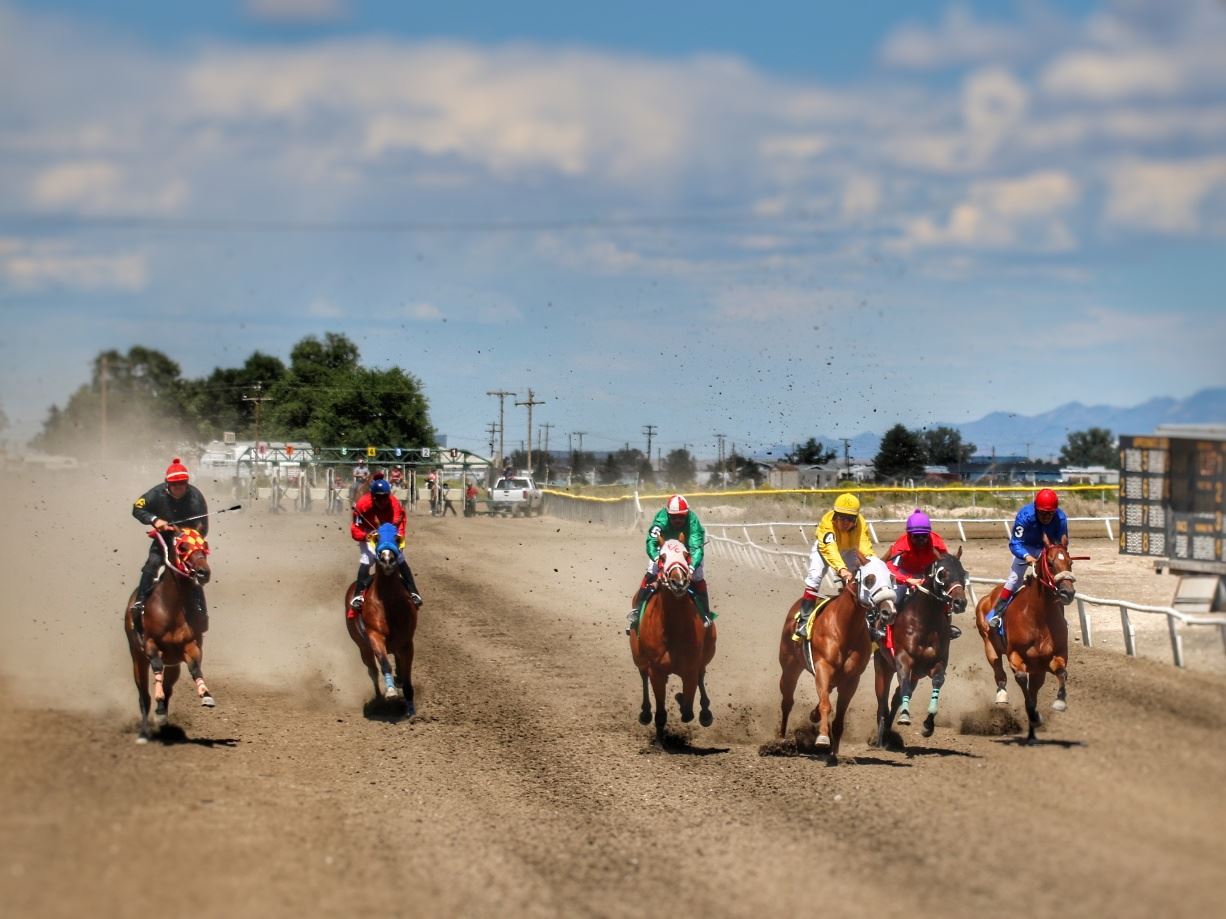 Originally organized in 1934, the races were formed by local ranchers and business people in an effort to overcome the depression blues. Some of the people involved in the formation of the races were Bill Goodman, Frank Calloway and Stan Draper. This group ran the races until 1937 when the county helped by forming a Fair Board. The first chairman of the board was Tom Bath, a local business owner. A year later, they would build a new race track and grandstand which is still in use.

Pari-mutuel betting is the most common form of horse racing betting. The term actually originated in France, and literally translates “to wager amongst ourselves”. Unlike most other forms of betting, the odds are not fixed. Rather than placing a bet against the race track, like one would with a bookie, horse racing bettors are wagering against each other. For this reason, the payouts on a single wager could range anywhere from less than the actual amount wagered, to astronomical amounts.